Discover and listen to the literary culture of Deia

“‘Deià‘, Robert Graves would say, ‘is a truly magical village. There is a great attraction between the sea and the mountains and a lot of iron oxide on the walls of the Teix that surround the village. That means that the village itself is polarized by electromagnetic forces that sharpen people’s sensitivities.“ (Claribel Allegria)

Deia has been a home and inspiration to a wide range of writers since the 1940s. In 2019 we made a poets walk that celebrated both the writers and the locations associated with them within Deia.

The English writer and poet, Robert Graves started the immigration of writers when he returned to Mallorca after the Second World War. He invited friends to stay and then slowly more and more artists and writers discovered the charms of the village and the even greater charms of warm sun, cheap rents and even cheaper wine. It was a match made in heaven and a love affair that still continues to this day, even though the rents have sadly inflated in the intervening period!

You can discover more about Deia in the period on the Deia Heydays website and the accompanying book.

Robert Graves lived in Deia from the 30s to the end of his life with a short intermission during the war. He returned to Deia to discover that the locals had lovingly cared for his house in his absence. His poetry seems ornate to us now but he was a substantial literary figure whose encouragement of younger talents helped develop them into major figures in their right.

For Deia, he was the impressario of a cultural milieu that was not only anglophone but helped to create a remarkable flowering of Spanish and Latin American literary voices, among them Gabriel Garcia Marquez whose masterwork, One Hundred Years of Solitude was first started here. (more on that below). My own father, the peripatetic Austrian/Dutch/British/American writer Jakov Lind spent almost thirty years in and out of Deia. His house was the Tower just up the road from the Villa Magda.

Robert brought up his family of sons and daughter (the famous writer and translator Lucia Graves) in the house that is now the Robert Graves Museum. He could be seen riding or leading his donkey from his house to the Cala for his daily swim. He would travel astride his long suffering steed down the same path you will walk down for your swim. You are walking in the footsteps of giants (or at least the donkey hoof-prints bearing said giant).

The rule of the triple goddess, which Graves explains in his book, The White Goddess, finds its most trenchant and beautiful exposition in this poem. The Juan of the poem is probably the poet’s own son. The poem is both an invocation of the Muse of true poetry and an example of the mysteries she performs.

“There is one story and one story only,” Graves says in his opening line, and by the time the poem concludes he has shown that the various aspects of the myth of the goddess encompass all the truths that humankind can know or poets can relate. In doing this, Graves recapitulates his arguments from The White Goddess, showing how the Welsh tree poems, the myth of the Zodiac, and the recurring legends of sacrificial kings are part of this single, powerful tale, the story of the goddess.

Graves moves poetically through these mutations. These are the subjects, he says, for a true poet: verses about the Zodiac, which is a representation of the goddess in her heavenly, seasonal aspect; and poems about the god of the waxing year, who rules only to be sacrificed at midsummer, as “Royally then he barters life for life.” On the other hand, the poet may turn inward, but still, if he is a true poet, his personal story will reflect the universal one.

In the end, Graves maintains, the one story that can be told is that of the goddess, her beauty, and her power.

Roger McGough made his name in the 1960s as one of the Liverpool Poets, alongside fellow Deia visitor Brian Patten. They set-out to make poetry both immediate and accessible for their audience, (and in so doing travelling as far from the Graves’ model of poetry that you can imagine) and their joint anthology, The Mersey Sound (1967), has been credited as the most significant anthology of the twentieth century for its success in bringing poetry to new audiences.

Roger’s poetry is known for its accessibility – his poetry reaches a wide audience and he has always been keen to stay out of the ivory tower of academia and ‘high brow’ poetry that is inaccessible to the general reader; but his poetry is also a form of subversion, and this can be serious or humorous, or both simultaneously. In his poetry for adults, his use of humour has evolved throughout his career, and his deceptively simple, quirky and witty style incorporates all manner of serious issues and perceptive insights.

Roger, with his friend and fellow poet Brian Patten, was a frequent and enthusiastic habitue of Deia and formed the creative and energetic heart of a coterie of writers, musicians and performers who made Deia their home.

Brian Patten made his name in the 1960s as one of the Liverpool Poets, alongside fellow Deia visitor Roger McGough. Brian Patten’s individual strength lies in his ability to write and perform a powerful mix of serious and humorous work. His poems have been translated into many European languages.

His reading on the poet’s walk recalls friends lost and creativity silenced. In the immediate vicinity are many of the named people’s graves. It recalls a boisterous and intensely creative era in Deia’s history.

W.S. Merwin died at the beginning of 2019 at his home in Hawaii. At his death he was America’s Poet Laureate with a distinctive, highly poetic voice.

Merwin spent only a few years in Deia in the early 1950s where he tutored the children of Robert Graves. His time in Deia may have had an important impact on him, introducing him to both Latin and Greek poetry as well as the oracular voice of myth. Critics have noted how Merwin tried to combine traditional mythologies into large poetic frameworks and in this he shares a common heritage with Graves.

Over time, his poetic style grew less formal and took on the qualities of spoken diction. In a sense, his poetry grew more American and less classical.

“After a Storm” is a typical Merwin poem: grounded in nature, elliptically biographical, free from punctuation and classical metre. He was passionate about nature and much of his best poetry finds him in the concrete world, watching, listening and reflecting.“The Sound of the Light” could almost be set in Deia itself: its setting in an ancient community, the slow unfurling of a Sunday; but, Merwin works in a personal and intimate sense of now that contrasts with the timeless quality of the setting; the whole poem enclosed with heat.

Born to Cuban parents in France, Anaïs Nin was the daughter of a composer and classically trained singer. She spent her early years in Spain and Cuba, about sixteen years in Paris (1924–1940), and the remaining half of her life in the United States, where she became an established author.

Anaïs Nin’s mother and brother visited Mallorca in 1935. Apparently Rosa was meeting a man for possible marriage, but she left unmarried. Mother and son returned to Mallorca in 1936 just before the revolution, but Nin, via contacts in certain places, helped them escape just in time.

Some months before the revolution, Nin travelled to Morocco before returning back to France and according to the editor of Fire, Nin stopped in several Spanish cities. Although she does not refer to a stay in Mallorca in her diaries, the fact that she wrote knowingly about it in the erotica suggests that she did indeed visit Deia and the Cala. The short story chronicles a series of encounter between a local woman and American man. A story that is believed to be based on true events.

“In Latin America a writer can’t live in an ivory tower,” Claribel Alegria said. “Reality marks you. You can’t shut yourself away.” Alegria, who died aged 93, published poems, novels, essays and journalism, and was one of Central America’s most celebrated writers. She spent many years and summers in Deia and was a member of the remarkable group of Southern & Latin American writers who either lived or visited Deia between the 1960s to the 1990s.

Her poetry is infused with both politics and a deeply felt sense of the personal. “She tried to speak on behalf of those who were suffering and didn’t get too involved in the polemics of the time,” said Carolyn Forche, an American poet whose translations of Alegria’s writing include the 1982 poetry collection Flowers From the Volcano, her first book in English. “She had a wonderful lyric cadence, very imagistic, incantatory,” Forche said. “It was almost like a chant.”

In the readings you can hear, that sense of the chant and her highly poetic cadence is evident. Claribel’s daughters who are a fund of knowledge about life in Deia told me that this was one of her favourite poems and was really about her son.

“Reading the work of Jorge Luis Borges for the first time is like discovering a new letter in the alphabet, or a new note in the musical scale.” (BBC). Borges was a polymathic short story writer, essayist and innovator of literary forms.

Borges was an infrequent visitor to Deia although one can imagine him being drawn to the vigorous Spanish literary culture in the village then.

In a visit to Deia to meet with Robert Graves, he was driven back to Palma by Graves’ son, Tomas. During the drive, the blind Borges recited the ancient Anglo-Saxon poem Beowulf from memory. Borges told Tomas that he is real love in literature was Anglo-Saxon or Old English as it sometimes called, which he understood and knew by heart. Who would have thought it!

Beowulf is the first literary work in the English literary canon and is still studied. It is an epic poem that chronicles of adventures of the eponymous hero. 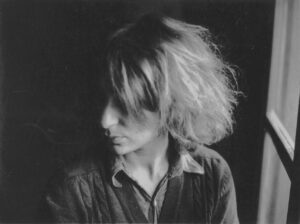 Born in England in 1948. A British author of both fiction and non-fiction.

The old village bar with new proprietors and a new lease of life. The interior has been given a refurb , the menu has been simplified with excellent frites and now the 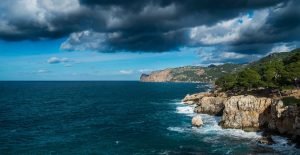 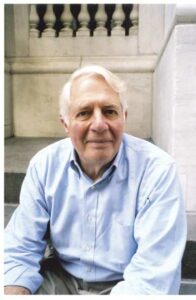 Chic tapas bar in Valdemossa which we love 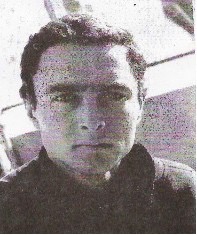 French painter who lived in Deia in 1960s and was part of Es Deu Des Teix group.